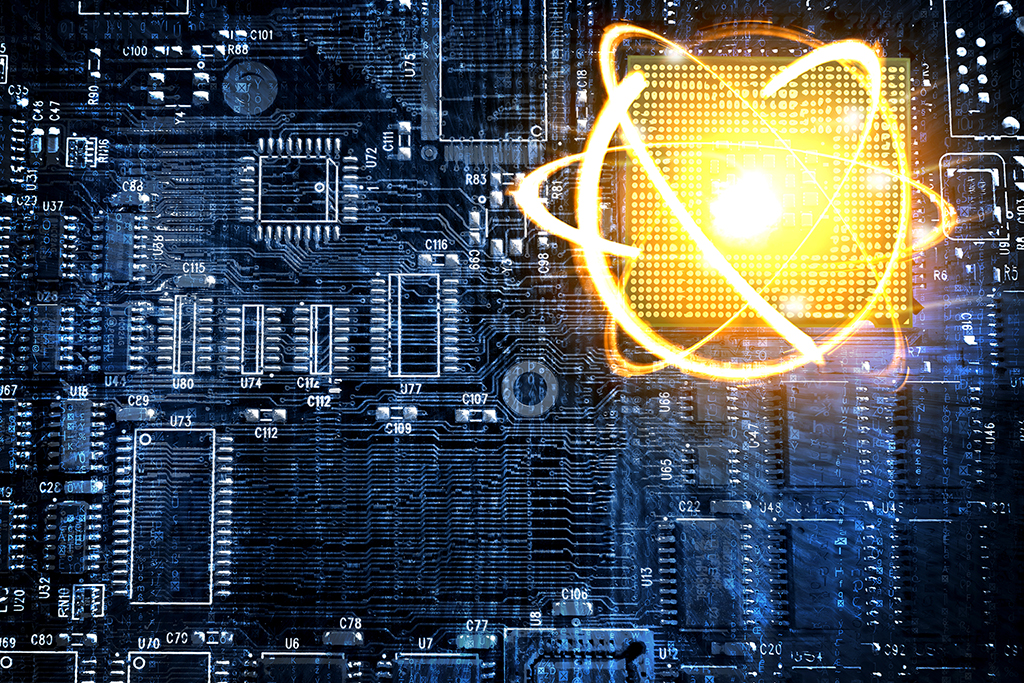 A study inspired by Dr. Eli Cohen’s theory explores transitions between strong and weak measurements of trapped ions. Covered by Nature Physics, the study is yet another step on the path to realizing and improving quantum computers

In our world, when we want to measure the length of something, we take out a ruler or a tape measure. But in the quantum world, once we measure something, we change it. “In the quantum world, an object can, for example, be 1 and 2 nanometers long at the same time. Once we measure it, we force it to be one of the two. So measurement doesn’t only check the length of an object – it determines it,” explains Dr. Eli Cohen, a theoretician in the field of quantum engineering. “At the same time, by interfering and measuring we are introducing noise to its speed, disrupt it and make it uncertain. This phenomenon of determining one value and introducing uncertainty to others is called collapse. To minimize collapse, a quantum measurement system was developed, called weak measurement. This method has plenty of advantages, conceptual as well as applicative. In most cases it doesn’t lead to the collapse of a system, nor introduce uncertainty to its other variables; it does, however, provide less information on the measuring system.”

Recent collaborative research by researchers from the Weizmann Institute of Science and the National University of Defense Technology in China, along with Dr. Cohen (34, married+2), demonstrates these methods and everything between them. The research was covered last month in Nature Physics and studies the transition between the weak and strong measurement of trapped ion systems. “We trapped calcium ion in an optical trap and paired the levels of its internal energy to the axial momentum so that the final change in the ion’s location revealed its internal energy. Interestingly, the system was built so that this pairing of movement and levels of internal energy can change in intensity: the pairing can be weak, in which case the location discloses little information on the levels of internal energy – but won’t cause a collapse of one of the energy levels. In that scenario, the ion maintains coherent superposition, where interference between both levels can be witnessed. The pairing can also be strong, measure the location, and give a conclusive report on the level of internal energy – and that’s a strong measurement.”

Trapped ion systems are one of the leading platforms for realizing a quantum computer. The proposed method would allow checking the state of the computer at any given moment and monitoring its qualities without causing a collapse; that way, it could keep going and calculate as it measures. Another advantage of the proposed method is related to the ability of a weak measurement to perform precise measurements over large clusters, thanks to an amplification effect called Weak Value Amplification. “The results of weak measurement can be far greater than those of a strong one, so in some cases, it provides the extra sensitivity for revaluating small parameters in a loud environment,” says Cohen.

The proposed method concludes Cohen, is highly versatile. “Contrary to the methods of measurement used thus far, this method lets us measure trapped ions at any intensity, from a strong, definitive measurement, all the way to a very weak one, and the researcher can decide what they need at that moment: volumes of information, for which they would be willing to stop the computer, or perhaps only a small amount of information, in which case it is best that the computer keeps running. The method is one more step towards realizing and advancing quantum computers and exact measurement.”