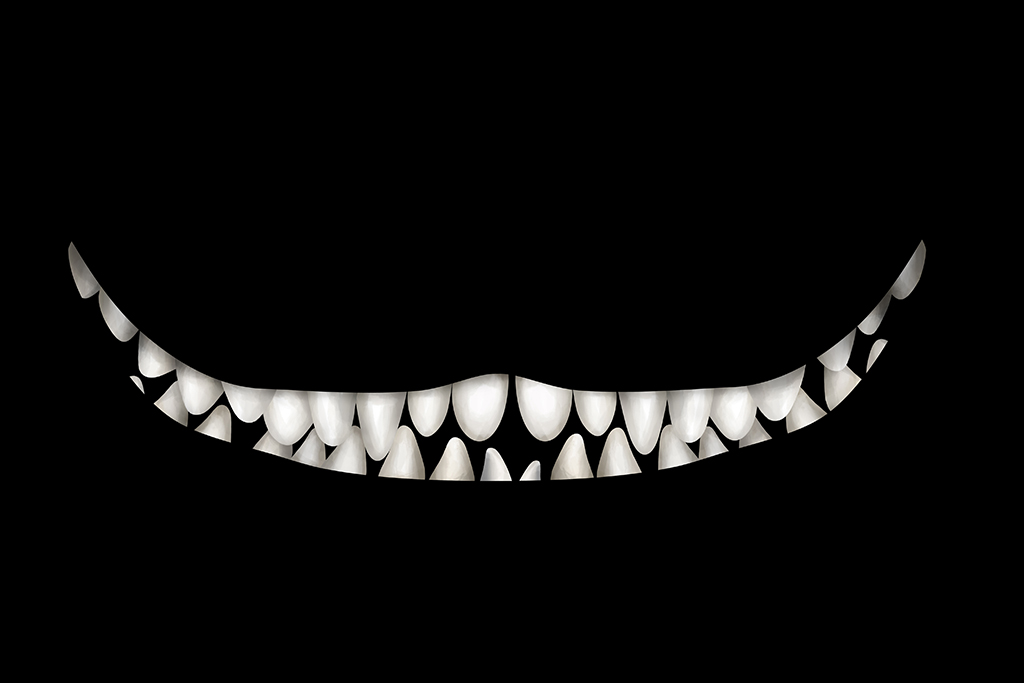 Just like the cat that disappears leaving only its grin behind, so can quantum particles leave a mark even after they’re gone. Using this effect for purposes of quantum communication was the topic of a recently published paper by Dr. Eliahu Cohen and his colleagues

“Well! I've often seen a cat without a grin,' thought Alice 'but a grin without a cat! It's the most curious thing I ever saw in my life!” This is Alice’s impression of the Cheshire Cat, that she encounters on her adventure through Wonderland. The cat can appear and disappear at will, instantly or gradually, and once it is gone, its grin remains floating in midair. A grin without a cat; a property without the matter itself. This inspired the name of a quantum phenomenon – The Cheshire Cat Effect – the subject of a paper by Dr. Eliahu Cohen et al., recently published in the prestigious Nature Communications journal of science.

The study, executed by Dr. Cohen of the Faculty of Engineering, in collaboration with Prof. Yakir Aharonov of Tel Aviv University and Prof. Sandu Popescu of the University of Bristol, explored new protocols for transmitting information in the quantum world, with an emphasis on counterfactual schemes. “These schemes are unique in that all parties communicate without hardly transferring photons or other particles, and are vastly different from existing methods of communication where a large number of photons is used to transmit information,” explains Dr. Cohen. “The advantage is, of course, that this form of communication is immune to hostile, third-party eavesdropping – if someone were to try and listen in to the communication, they cannot detect anything being transmitted, making this method more secure.”

The method tested in the study is based on non-events, or counterfactuals – things that could have happened, but eventually did not. “Producing information from a non-event is something that already exists, we do it subconsciously,” says Dr. Cohen. “If, for instance, in the past, an enemy attacked a village, its residents would light up a fire in a high place, warning the neighboring villages of the oncoming danger. And if they didn’t – neighboring villages would know that all is well, and life can proceed uninterrupted. Even though no message was transmitted, information was. The problem, of course, starts when you want to alert another party of oncoming danger and when there is no threat, without transmitting any particles. The ‘no’ part is simple, you simply do nothing, but using the same opportunity to transmit the ‘yes’ without any particles – that’s impossible. In the classic world, that is. In the quantum world, it’s quite possible.”

“In the quantum world we can create a superposition, that is, preparing the photon, the particle, in two places at once. If something happens in either location, we can detect that when the two paths are eventually connected, without losing the photon in the process. This is called ‘interaction-free measurement’. Experiments have shown that thanks to superposition, one can detect an object – say, a transmitted message – without any particles being absorbed by it. The transmitting party can, for example, place a mirror when transmitting 1, and not place a mirror when transmitting 0. The information is coded by the presence or absence of a mirror. The receiving party uses quantum photons, preparing them in superposition and noticing how it changes according to the presence or absence of mirrors, thereby knowing if the first party sent a 0 or a 1.”

So where’s the Cheshire Cat? “In our latest study we realized that the particle isn’t really there, but there is a property of it, which allows us to detect a previous presence,” says Dr. Cohen. “Say Party A transmits a blue ball: the ball would not be there, but the color blue would. The property remains, a very small element of the grand scheme remains, and that’s what shifts from one end to the other. The grin, not the cat; the property of the particle, not the particle itself. In this instance, even when the particle doesn’t exist, its polarization is transmitted consistently: the property of electromagnetic waves and single photons which point to the direction of the field. The particle itself, its energy, is not transmitted – but the polarization is. And like all things, this finding dissolves some mystery, but reveals a whole new one.”