New from the Faculty of Engineering: Hardware and Chip Design Engineering 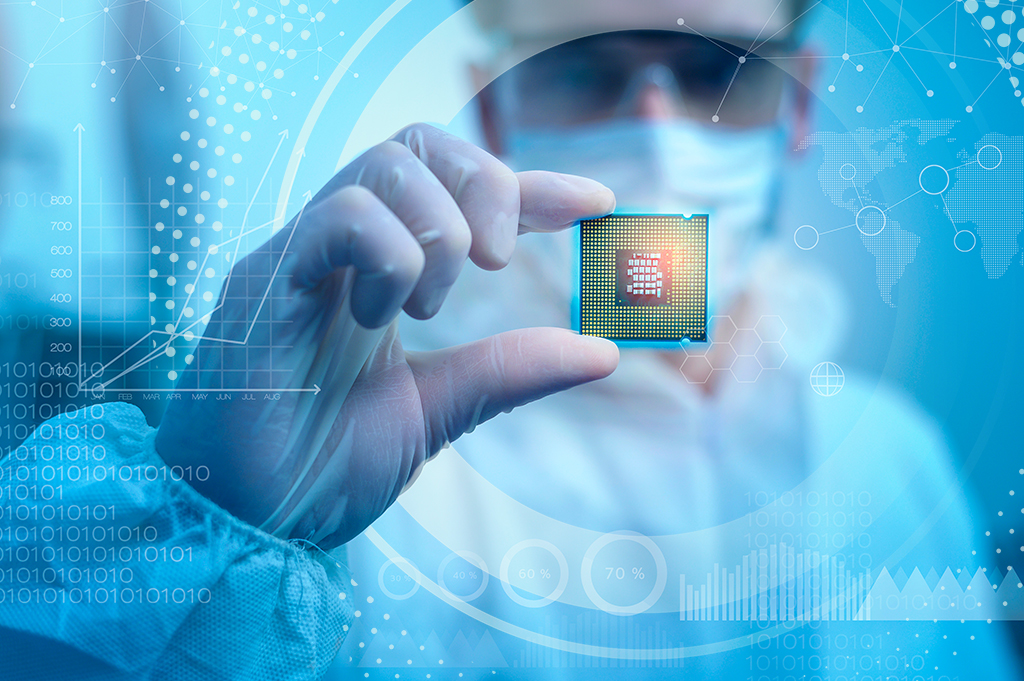 Are you interested in the world’s most advanced hardware technologies? The new track lets you focus on computer hardware, from circuit design through computer architecture and all the way to operating systems. Graduates will seamlessly be integrated into the hardware teams of leading global tech companies.

The new Hardware and Chip Design Engineering specialization in the Faculty of Engineering were conceived as a response to the growing industry need for engineers who have a strong knowledge base and a wide skill set in a world that’s constantly becoming more technological and based on computational hardware. The new course of study is a specialization in Computer Engineering and places emphasis on computer hardware and the important field of chip design, a central component in our present and future.

In order to illustrate the significance of chip design in today’s reality, let us look at autonomous vehicles, which in the not-so-distant future will be an inseparable part of our lives. An autonomous vehicle contains hundreds - if not thousands - of integrated circuit chips that enable the artificial intelligence of these sci-fi cars which, until recently, were nothing but a dream. It starts with sensors and detectors, such as cameras, radars, and lasers, made possible thanks to special chips that sense the world and receive information about their surroundings. This information is transmitted through processing units on other chips; these analyze the received signals, process them, and transmit meaningful bits through a complex network managed by communication chips until finally reaching the vehicle’s central computing system. Using strong and advanced computing chips, this system can run complex programs and algorithms that analyze data from sensors, create a visualization of the surrounding environment and make decisions concerning the vehicle’s control. So, for instance, this entire system has to ‘comprehend’ that the object 30 meters away is a pedestrian crossing the road, meaning that the brakes must be engaged in order to stop the vehicle and avoid a collision. “Engineers responsible for such systems must have extensive knowledge - not only in circuit design but also what those circuits will be used for, what algorithm they’re going to realize, etc. These engineers need to have a set of skills, some of which pertain to electrical engineering and some more affiliated with computer engineering or computer science,” explains Prof. Dror Rawitz, head of the program. “We’re here to fill that need.”

Prof. Adam Teman, who also took part in creating the new specialization, says that there are different levels of abstraction in engineering, starting with the foundation of mathematics and physics, all the way to high-level, end-user functions. “Take a building, for example, you have the architect who designed it, and the one who lays the bricks, but everyone is needed for the building to stand. The same goes for computer hardware: there’s a whole array of capabilities that pertain to the different parts that make up the computer, from transistors, your basic circuits, to algorithms and operating systems. What we have here is a combination of computer engineering and nano-electronics in electrical engineering. We start out from designing digital and analog circuits using transistors, then move on to design components capable of executing hardware-level computations for which we create a micro-architecture, on top of which we have the higher level of design – system architecture. On top of that, we have the operating system, which is used to run programs on the computing systems. You need more than just to understand hardware; you need to control the entire spectrum, from electronics to software.”

Prof. Rawitz adds: “Moreover, as you go up each level you have to make sure there are no breaches left behind through which the system can be attacked. You also have to think about future technologies such as quantum computing. Sure, you have a certain technology today, but new ones come up all the time. We aspire to cultivate engineers with an expansive background who will also be able to plan the hardware systems of the future.”

The Hardware and Chip Design Engineering specialization will be opening its doors this academic year. It is the first of its kind in Israel, and one of a handful in the world. Unlike the general Computer Engineering program where students choose their focus in their third year, the specialization in hardware and chip design already starts in the second year. Alongside basic courses in mathematics, physics, and computer engineering, students will also take hardware classes from both electrical engineering and computer engineering with an emphasis on circuit design and computer architecture (the hardware-software interface). The track also features specially designed courses, such as advanced computer architecture, logic, and automation algorithms for realizing hardware, functional and formal validation, and even a special course on hardware and software project management. “In practice,” says Prof. Rawitz, “it’s a degree in computer engineering with a significant focus on-chip and hardware design. It is particularly suited for students who are interested in hardware development because it allows them to put a significant emphasis on that.”

The new track welcomes Dr. Leonid Yavits who specializes in computer architecture. In addition to his academic pedigree, Dr. Yavitz has a rich industrial and entrepreneurial background. His startup, VisionTech, was the first company in Israel to be bought out by communications giant Broadcom. This momentous acquisition paved the way to more than ten other Broadcom acquisitions in Israel and the establishment of a prospering R&D center in Israel. Program graduates have a bright future ahead: the tools and skills they will acquire will help them engage in roles not only in Broadcom but also in many other hardware companies with large R&D centers in Israel, such as Intel, Apple, Amazon, Google, Microsoft, Facebook, Qualcomm, Samsung and more.

More information is available on the Faculty’s Facebook page, https://www.facebook.com/Engineering.biu