As a student at the Faculty of Engineering, Bracha Laufer Goldstein has won numerous awards and scholarships, the latest of which is the Wolf Foundation Prize

This past June, Bracha Laufer Goldstein, a doctoral candidate at the Alexander Kofkin Faculty of Engineering at BIU learned that she was being honored with the Wolf Foundation Prize, annually awarded to excelling doctoral candidates. Laufer-Goldstein, who has spent nine years studying at the Faculty of Engineering at Bar-Ilan, focuses on audio signal processing. “My research, under the instruction of Prof. Sharon Gannot of the Faculty and Prof. Ronen Talmon of the Technion, focuses on  localization of speakers in a multi-microphone recording, using  a novel approach based on geometric methods for manifold learning. This study was published in three professional journal papers and was presented in six international conferences,” shares Bracha. “Another issue we are investigating is separating several speakers talking simultaneously, as well as diarization task– identifying ``who spoke and when'' during the conversation. The results of this study will be presented in a conference in Rome this coming September.”

This is just the latest in a long list of prizes and honors for the 27-year-old married mother of two. Even as an undergraduate student at the Faculty, she was on the Dean’s list or received the Rector’s Excellence Award, in every single year of her studies. The latter is awarded to the student with the highest GPA in the Faculty. Last year Bracha became the Faculty of Engineering’s first (and so far- the only) winner of the Adams Scholarship, a highly prestigious honor bestowed on only a handful of doctoral candidates each year-. Bracha is now using the monetary award to finance her PhD studies. “All of this success is solely thanks to the collaboration and guidance of my instructors,” she insists. “I owe them a great deal, and I deeply thank to the faculty administration, and specifically Mrs. Dina Yeminy.” 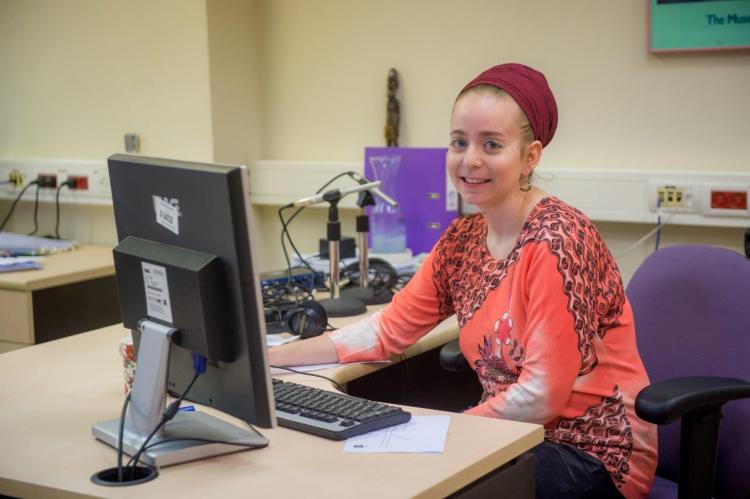