Dr. Eliahu Cohen from the Faculty of Engineering at Bar-Ilan describes Quantum Engineering, its significance and applications, and why it is the field to major in. And yes, he is hiring interns!

Dr. Eliahu Cohen of Bar-Ilan University’s Alexander Kofkin Faculty of Engineering predicts that Quantum Engineering, a relatively new discipline, will become the next big thing in the scientific world. “Exploring quantum technologies has become a global trend in the past few years. Large corporations are already turning their attention to the field, and already use quantum-based computers. Google and IBM use these computers too,” says Cohen, 32. “The security industry, considered to be relatively conservative, is highly interested in these technologies. In Israel, this is practically a national mission. Many acknowledge that the first one to succeed in using quantum computers to decipher classic cryptography methods will gain a huge competitive advantage.”

Cohen, a married father of one, began studying quantum theory as an undergrad of Physics and Mathematics at Tel Aviv University. As a graduate student and PhD candidate, he focused on quantum time, quantum measurement and nonlocality. While on his postdoc at Bristol University’s interdisciplinary research center, he investigated quantum information. Cohen completed another postdoc at Ottawa University Centre for Extreme and Quantum Photonics. He joined the Electro Optics track at the Faculty of Engineering.

He currently teaches a graduate course in quantum computation, and next year he will be teaching undergrad applied quantum mechanics. “Quantum theory began developing over 100 years ago, and it's unique in many ways. Specifically, it relays on the uncertainty principle, and so its predicted results are probabilistic. For many years, and to this day in fact, researchers have attempted to understand the theory’s foundations more comprehensively, and those issues have been in the focus of my research too,” explains Cohen. “Quantum theory facilitates the existence of systems with no classical analogues - entangled systems. For instance, let’s say I’m holding a quantum particle in one side of the universe, and someone on the other side of the universe is holding a particle that’s entangled with the first one – these two particles will correlate much more strongly than any two classical particles. This is what’s unique about many-body entangled systems, and one of the theories I’m trying to promote dictates that the extent of quantum correlations stems from a new fundamental principle we call "relativistic independence", which is a combination of uncertainty and causality.”

However, Cohen is interested in more than just the theoretical aspects of quantum science. “The conceptual debates about quantum theory have taken a turn in the 1980’s, when scientists understood the practical significance of quantum aspects, including superposition and quantum entanglement. Since then we witnessed the growth of many applications stemming from quantum theory: quantum computation, enabling a much more efficient computation, using inherently quantum algorithms and hardware; quantum simulations, through which we can identify, follow and study the dynamics of quantum systems more efficiently; quantum metrology aimed at performing highly accurate measurements; and quantum communication, enabling the secure transfer of information. Due to the uncertainty principle, the laws of nature themselves dictate the security of such communication protocols, not just practical considerations,” explains Cohen. “Since the 1980s these fields have majorly evolved and new quantum substances appeared as well. All of these together lead to what we now call the second quantum revolution. Technological improvements during the past decade or so set the ground for the further development of these advanced quantum abilities, i.e. quantum engineering.”

Cohen has several good rationalizations for majoring in quantum engineering, despite it being a relatively new field. “Quantum theory-based technology is a young, evolving discipline, which will offer many different paths to those specializing in it.  For instance, military and industrial intelligence – quantum communication protects the interests of the defensive party, while quantum computation may serve the attacker, and each can provide significant tools to those holding the knowledge. The advancement in quantum metrology, too, can lead to the development of highly accurate intelligence and sensing applications.

There are already quantum cryptosystems in use today, although on a relatively small scale. The next challenge will be developing a quantum computer that will be able to decipher cryptosystems used today (by banks and internet companies, for instance), and that’s not small feat,” clarifies Cohen. “But even before delving into the practical aspects, this is simply a fascinating interdisciplinary field, incorporating the knowledge of physics, computer sciences and engineering, and in some cases chemistry and biology as well. In my research, I have been focusing on four key realms of quantum technologies – communication, computation, metrology and simulations, and I believe the interdisciplinary study of these subjects enriches and contributes a great deal to our advancement. Therefore, as I am currently establishing my research group, I’m looking for students of all degrees and disciplines to take part in theoretical or experimental projects. I know that engineering students usually worry about their career prospects post-graduation. I think whoever chooses to major in this field, will discover that in the coming years many opportunities will be opened to them.” 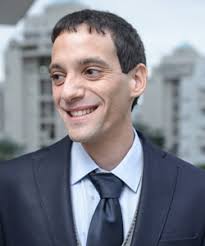