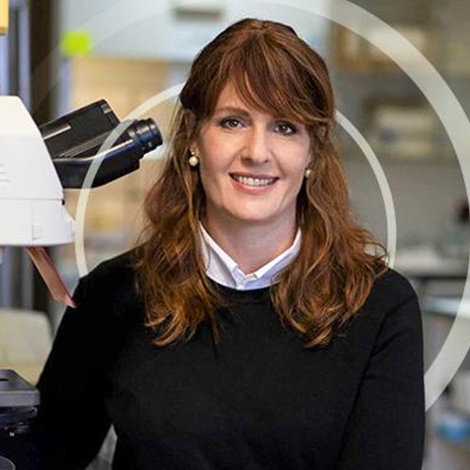 Groundbreaking technology developed in Prof. Rachela Popovtzer’s lab, used for creating a new generation of engineered, nano-particle-based drugs, allows biological drugs to bypass the blood-brain barrier. This may revolutionize the treatment of neural disorders such as Alzheimer’s, Parkinson’s, and different types of cancer

One of the main problems in treating brain-related disorders is the difficulty transporting drugs to the brain, due to the blood-brain barrier: a biological barrier that prevents various substances in the blood from reaching the cerebrospinal fluid. “The purpose of this barrier is to protect the brain from infection and shield the neurons found in the cerebrospinal fluid because if they are compromised, the brain is susceptible to neural damage,” explains Prof. Rachela Popovtzer. “The problem starts when we want to transport something beneficial to the brain, such as drugs, but the blood-brain barrier prevents that. At the Faculty of Engineering’s nano-technology lab at Bar Ilan, we’ve developed engineered nano-particle-based technology that boosts drugs’ ability to penetrate this barrier. About a year ago, a company was founded with the goal of commercializing this technology and making it available to pharmaceutical companies, doctors, and patients.”

The technology was developed by a team led by Dr. Oshra Betzer, the company’s COO, alongside Dr. Revital Mandil-Levin, CEO, and Prof. Rachela Popovtzer, CSO. Nanocarry Therapeutics is headquartered at the Weizmann Science Park in Ness Ziona. “Most modern drugs, including biological cancer drugs, are made of antibodies. Antibodies revolutionized the way diseases are treated – but they only work from the neck down because the blood-brain barrier only allows very specific things to enter the brain,” explains Prof. Popovtzer. “One of these things is insulin: the brain is the primary consumer of glucose, the sugar we consume, so the blood-brain barrier is equipped with many insulin receptors. our technology is based on a platform of nano-particles, uniquely engineered to bind insulin molecules, on the one hand, and biological drugs, on the other. In other words, we’ve created a Trojan Horse of sorts: particles enter the brain via the insulin receptors and carry the antibodies through the back door. This platform can introduce 30 times as many drugs to the brain as any other platform. Another advantage is that it allows us to track the particles in the brain using imaging technology such as CT scans, and also allows us to combine different drugs on the same particle.”

Nanocarry Therapeutics’ technology is the first of its kind to be commercialized via Unbox, Bar Ilan University’s new commercializing company. Unbox offers a holistic process that includes finding investors and formally establishing an LLC, and currently employs seven professionals in the field of engineering, chemistry, and biology. Nanocarry Therapeutics’ technology is undergoing its final optimization stages and the company is in the process of developing its first product – a treatment for metastatic breast cancer that has spread to the brain, for which there is currently no effective care. The company is expected to finish pre-clinical trials by the end of 2023 and begin clinical trials in 2024. Once approved, the technology could help with the distribution of drugs for treating neural diseases and atrophy such as Alzheimer’s, Parkinson’s, and different types of cancer.

Meanwhile, at Prof. Popovtzer’s lab, the team continues to develop technologies for targeted drug delivery, which will be added to the company’s portfolio in the future. “Our goal is to continue to improve and advance drug delivery to the brain, as well as to other organs and for treating other diseases,” she declares. “Not to rhapsodize, but we’re going to revolutionize medicine.”