The Secret to a Great Hackathon 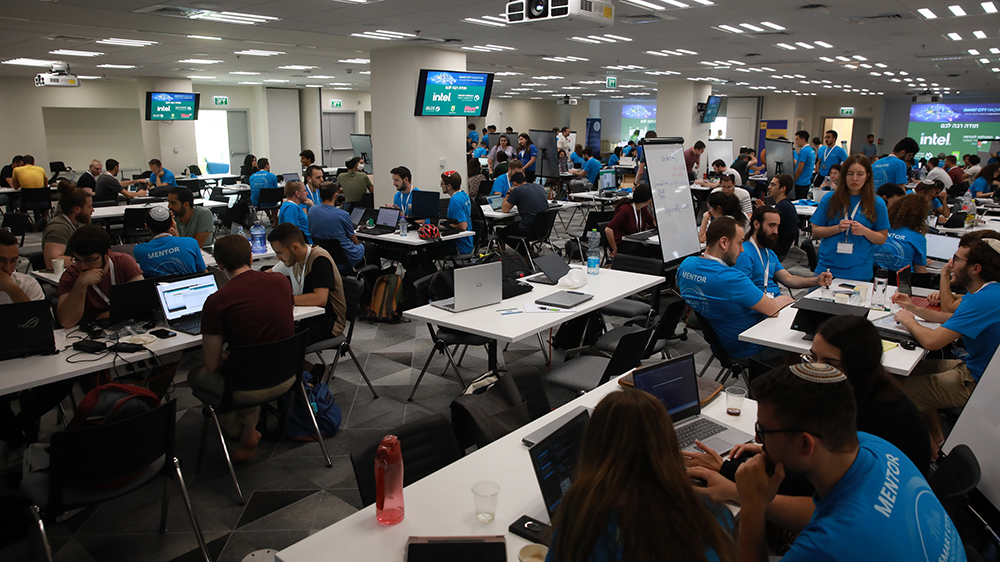 Over 200 students participated in the Faculty of Engineering’s main hackathon, held earlier this month and organized in its entirety by students. Noam Shamla, one of the event’s organizers, shares the A-to-Z of a great hackathon 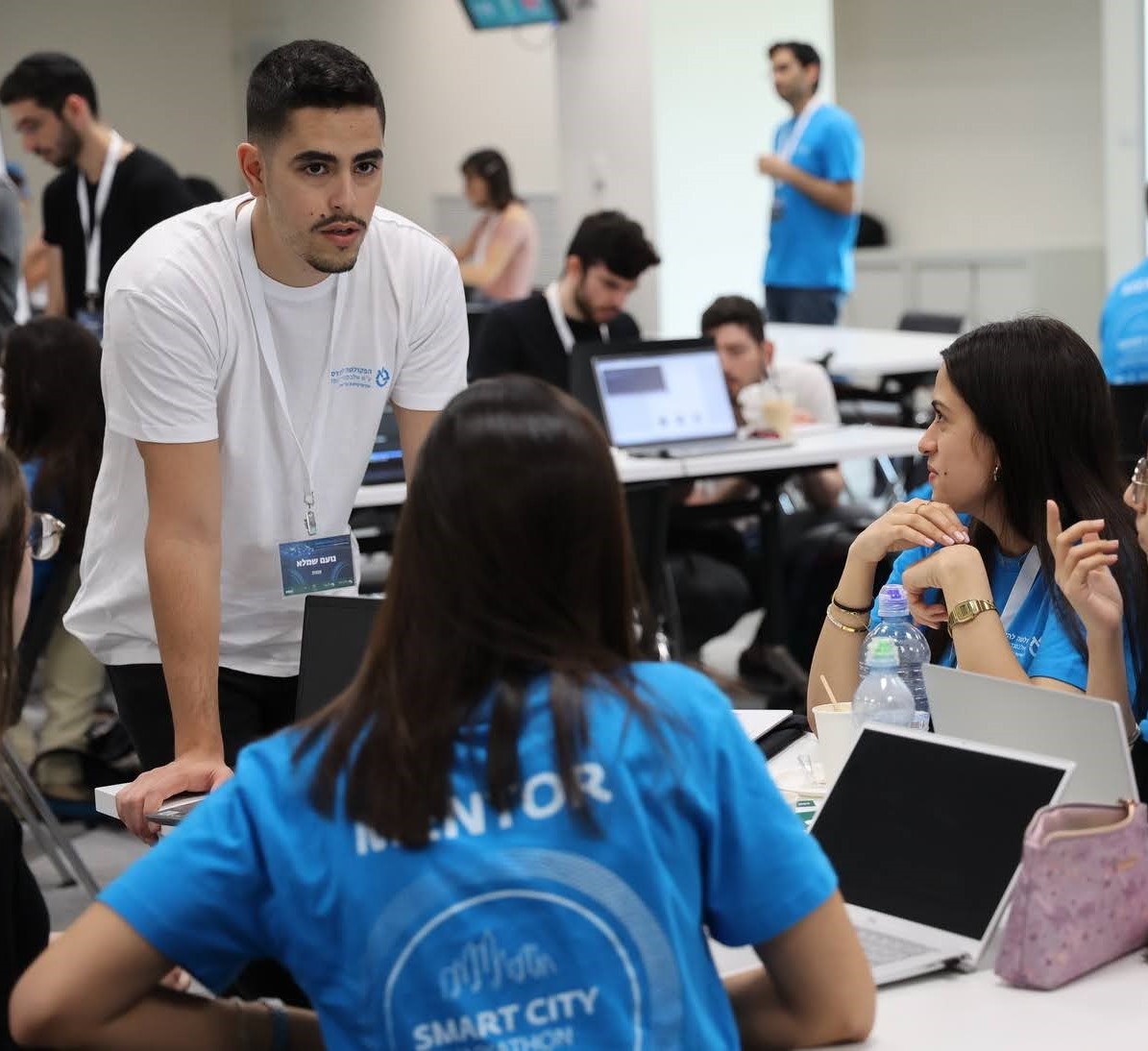 Did you know that the Faculty of Engineering’s main hackathon, held earlier this month, was organized entirely by students? Last year’s organizers, fourth-year students Tomer Lucker and Sarael Raban, were joined by two of the previous hackathon's winners: Noam Shamla, a second-year student at the electrical engineering track whose team won first place; and Daniel Rabinak, whose team won second place. “This is the Faculty of Engineering’s second hackathon in as many years, without any academic involvement – this venture is organized and managed completely by students. This year, Daniel and I decided to join the organizers, Tomer and Sarael, who will be graduating soon; we realized it’s time for us, last year’s winners, to take the lead,” explains Shamla (23).

The team started organizing the hackathon four months in advance, starting with deciding on the theme: “We considered a lot of topics, and eventually landed on Smart Cities. It’s a fascinating field in high demand, and a great fit for a hackathon because there are so many directions to go in terms of software and hardware development, and that’s our ultimate goal, to have students experiment with as many developments of this kind,” says Shamla. The four then approached the administrative team to coordinate dates, and Ms. Dina Yamini, Head of the Faculty of Engineering, agreed to provide administrative aid as needed. Two notable faculty members also volunteered to join the judges’ panel: Prof. Orit Sheffi and Prof. Rachela Popovtzer.

Next, the organizers approached Ran Goldstein, Manager of the Bar Ilan Center for Smart Cities. “Ran offered to help out and got us in contact with many relevant entities, including the Ramat Gan municipality which became the hackathon’s chief sponsor. We teamed up with the municipality’s CIO, Kobi Noah, and deputy mayor Adina Videl, who was very enthusiastic about taking part in the hackathon,’ shares Shamla. “Together with Ran, we chose three key challenges for smart cities – challenges that hackathon participants can implement and solve: sustainability (flooding, waste removal, urban aesthetics), parking and transportation, and urban logistics (delivery of goods and mail). Unlike last year, this time we launched a website with all the necessary information and challenges, readily available and accessible to participants. And just like last year, we recreated the excellent collaboration with Intel. Sergei Sofer and Drori Shohat, chief engineers at Intel, welcomed us and provided not only sponsorship but also the PTK1 workspace at the company’s HQ in Petah Tikva.”

Registration opened two months before the event. “We wanted to encourage students to register early, so we’ll have a benchmark of how many people are going to participate, so we offered early-bird registration at a discount,” explains Shamla. “With the help of our sponsors and the Faculty of Engineering, we started ordering hardware such as Arduino kits; we began recruiting judges and mentors to guide our participants. This year’s participants ranged from first-year bachelor’s students to PhDs, and the mentors were recruited to help those who want to make a difference but lack the tools to execute their ideas.”

The Hackathon took off on Thursday, June 2nd. At 12:30, over 200 students – 54 groups altogether – got together at the Faculty of Engineering and received T-shirts, badges, and an overview of what to expect. The event’s sponsors, Ramat Gan Municipality’s Edna Vidal, Ran Goldstein, and Prof. Orit Sheffi, congratulated the participants. Shuttles then took everyone to Intel’s PTK1 campus where each team was assigned a workstation and given access to the hardware kits and any other equipment they had ordered in advance. Then it was time to start: the students worked on their ideas for 24 consecutive hours, from concept design to development. Dinner was served at 8 PM. Around 1 AM, when fatigue started to set in, the organizers surprised the competitors with pizzas and a Just Dance break. All throughout the hackathon, mentors walked around and provided technical help to whoever needed it.

The next morning, following a daily buffet breakfast, came time for judging. “It was a bit different from last year, because this time we had 54 groups, so we came up with a filter system,” explains Shamla. “In the first judging round, which lasted about 90 minutes, the judges walked around and studied the teams at work. Each group gave a short presentation and was then rated according to predetermined criteria: demand, technological feasibility and development, uniqueness, and more. The top 15 groups made the final round and presented the judges with their projects. The panel included experts Sergei Soffer, Ran Goldstein, Prof. Rachela Popovtzer, Herzl Arviv, Esthi Gazit, Drori Shohat and Kobi Noah. Each group had 5 minutes – three for presentation and two for QA.” Among the projects that made it to the final round: an alert system for pedestrians to warn against vehicles approaching at excessive, life-threatening speed; bus indicators to signal the driver to stop for passengers who are waiting at the bus stop; and a real-time alert system for teams that handle urban issues. These projects won first, second, and third place, respectively.

Eventually, like last year, the first place team was comprised of first-year masters’ students. “This proves that professional and practical knowledge is not necessarily the deciding factor in this competition. What sets the first years apart is the desire to prove their worth, and this determination shows. I remember that when we participated in last year’s hackathon, I told my team; look, there are teams with students who are ahead of us, academically, but we’re going to give this our all because we want it, and we can get it. The combination of an excellent idea, which we made real, and this line of thinking is what I believe brought us the win,” Shamla concludes. “I hope that this year’s winners will join us in organizing next year’s hackathon and that we’ll get even more participants and generate more ideas that will become significant solutions in the real world.”